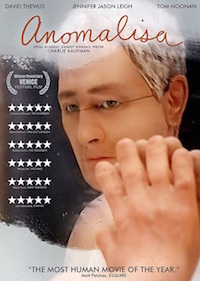 Motivational speaker Michael (voiced by Thewlis) struggles so much to connect with other people that they’ve all started to sound the same (Noonan), until he meets Lisa (Leigh) and forges a connection. Can these two insecure souls form a lasting relationship? And how do you tell a story like this through the medium of stop-motion animation?

Expertly, it seems, as this is another innovative gem from Kaufman, writer of Adaptation and Eternal Sunshine…,

“Anomalisa has more heart, soul and pathos than 99.9 per cent of live-action movies” (Empire Magazine).

This Guardian link is a comprehensive resource on the film, gving you review, interview with the Director and trailer all in one click: http://www.theguardian.com/film/2016/mar/10/anomalisa-review-charlie-kaufman-puppet-masterpiece-about-the-human-condition 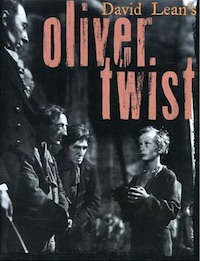 Marking 25 years since David Lean’s death, his biographer Kevin Brownlow joins us to introduce a favourite Lean film. This adaptation expertly retells Dickens’ enormous novel in little under two hours, and gave Lean another box office hit after the huge success of Great Expectations. In Lean’s hands, the tale of a young boy’s progress from the workhouse to London’s criminal underworld is, “A superb piece of motion picture art… One of the finest screen translations of a literary classic ever made” (New York Times).

Strange to say, internet links to contemporary reviews of a film which premiered 68 years ago are hard to come by…..

But here are links to:

John Hurt reminiscing on how the film influenced him – http://www.theguardian.com/film/2011/oct/09/oliver-twist-john-hurt

and (courtesy of a mega-film-buff on Youtube), the 1948 trailer – https://www.youtube.com/watch?v=ulKAAJWVFDc