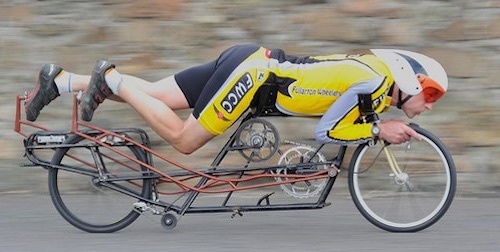 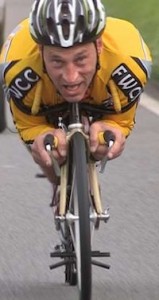 This fascinating, moving and often very funny documentary finds Obree in his bid to break the human-powered land speed record on the isolated highway of Nevada’s Battle Mountain. At age 47 he is still innovating, while confronting a succession of physical and psychological challenges.

“A liberating film… Even the most cynical will be seduced by the combination of self-deprecation, crazed chutzpah and intuitive engineering skills that Obree displays” (Cycling Weekly).

I could have put in a link to the Cycling Weekly Review quoted above, but this one from The Guardian also includes a link to the Official UK Trailer: here

or find a word-free Trailer below: