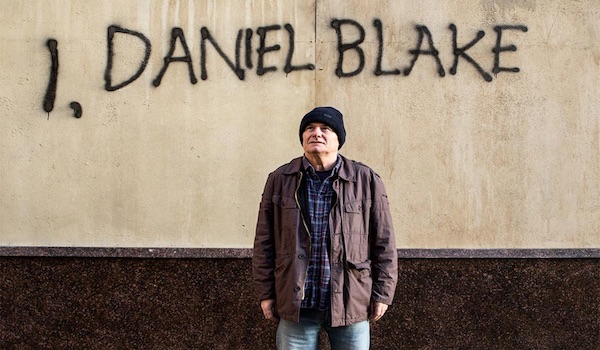 And a fourth screening for the biggest selling film (yet) of our 2016-17 season!

The pressures of making recent David Lean presentation Jimmy’s Hall had led to Ken Loach becoming (at least semi-)retired.  But an unexpected (even by the winner) election result in 2015 and the prospect of 5 years of unconstrained austerity is credited (in the recent BBC documentary on Loach – ‘Versus’) with bringing him back – to give us I, Daniel Blake. (Shades of David Bowie’s 1971 ‘Song for Bob Dylan’?) 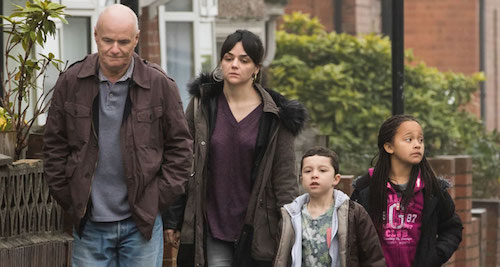 Recovering from a major heart attack Blake, a carpenter in the North East of England is struggling to come to terms with the bureaucracy of the modern welfare system.

This leads him into contact with Katie, a single mother of two who is also encountering problems, having been relocated 300 miles north from her London homeless hostel and conflict with the system.

Loach’s heartfelt and often funny drama, winner of the Palme d’Or at Cannes, is a “blunt, dignified and brutally moving” (The Guardian) depiction of the human cost behind contemporary Britain’s “skiver and striver” rhetoric.

That Review from The Guardian is: here,

while the UK Trailer can be seen below…..