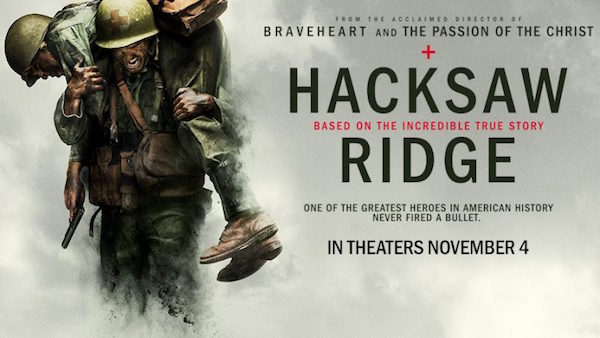 Based on the real-life story of Desmond T. Doss, a conscientious objector who volunteered as a medic during WWII, but refused to carry a weapon. 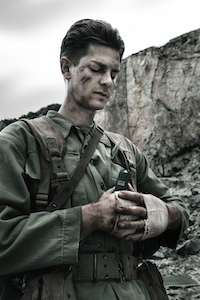 Despite being repeatedly victimised for his stance, Desmond persisted – winning the ‘right’ to participate in one of the bloodiest battles of the war in the Pacific, for the heavily garrisoned Hacksaw Ridge on Okinawa.  Braving enemy fire, he evacuated the wounded and singlehandedly removed 75 comrades from the battlefield. 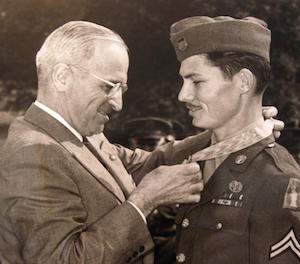 The Congressional Medal of Honor was eventually bestowed upon him – see the archive photo of President Truman presenting the medal on the right.

Mel Gibson’s comeback film is a visceral, riveting experience with a first-rate performance from Garfield.

In addition to the link to a Trailer, in the newspaper articles, the ‘official’ version can be seen below [fvplayer src=”https://youtu.be/s2-1hz1juBI”]