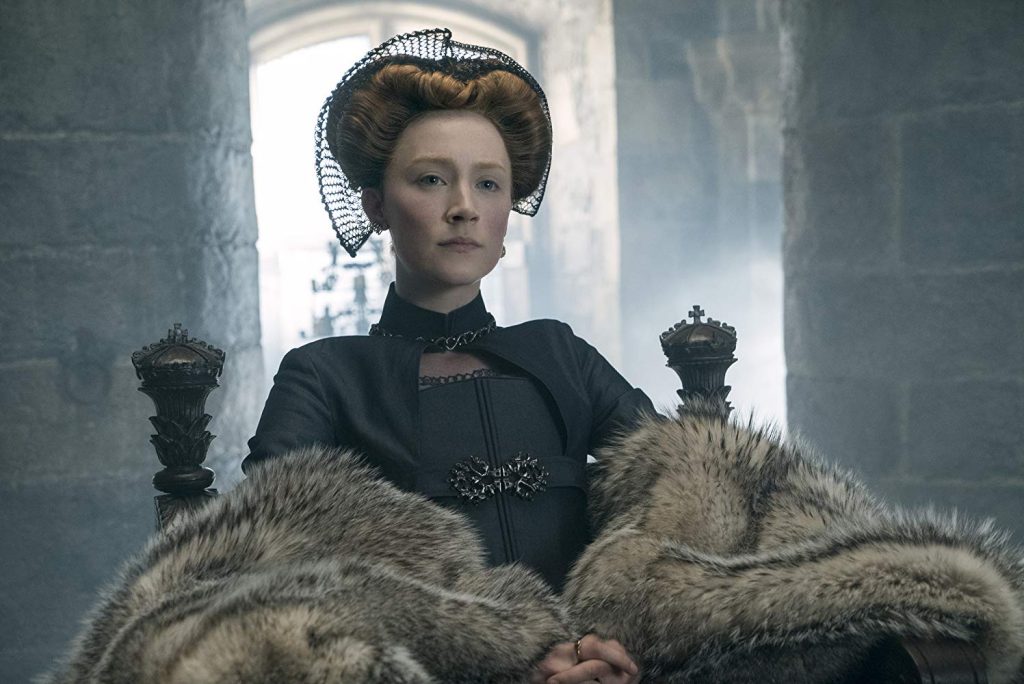 Queen of France at the age of sixteen, widowed the next year, Mary Stuart returned to rule her own country in turbulent times. Marrying twice more before abdication and imprisonment in England, she was viewed as the legitimate queen of England by many Catholics and therefore a serious threat to her cousin Elizabeth. Ronan gives a characteristically poised performance as the Scottish ruler, while Robbie is transformed as her English counterpart. A Women’s History Month Screening.

“Margot Robbie and Saoirse Ronan excel as wily foes in Josie Rourke’s striking take on the rivalry between Elizabeth I and her Scottish cousin” ★★★★ Mark Kermode, The Guardian