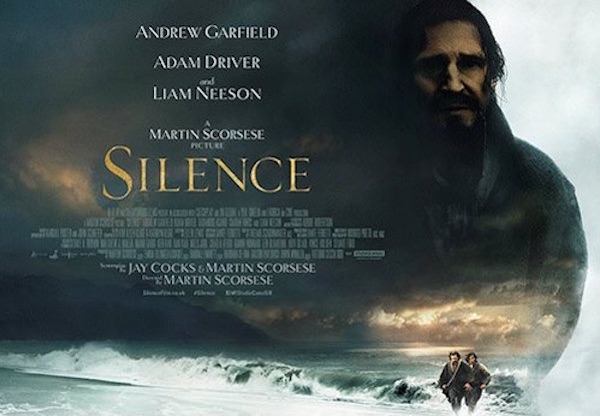 In 17th century Japan, Christians are hunted down and persecuted unless they renounce their faith.

Despite this grave danger, two Portuguese Jesuit missionaries (Driver and Garfield) travel to Japan to search for their missing colleague (Neeson). 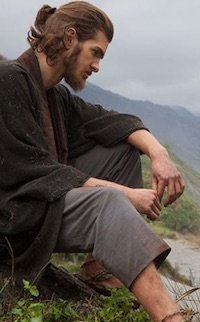 Depicting the harrowing trials that they witness and experience, “Silence” raises questions of faith, doubt and morality with “passionate ferocity” (Financial Times).

It is a film that has been a long time in the making, an interview with the director in The New York Times indicating that Scorsese first read Shusake Endo’s (1966) novel in 1989, at a time when his “The Last Temptation of Christ” had been vilified by some reviewers.

After over 25 years of wondering ‘how’ and overcoming studio and financial backer reluctance, here is the result. (In contrast, it only took Otto Preminger 2 years to persuade the movie industry that the Broadway musical “Carmen Jones” could translate to the big screen…)

Here is a Review from The Guardian and links to deeper discussions of the film within: the context of Scorsese’s career – New York Times, cited above; and the genre of faith focused films – The Atlantic

The Guardian review includes a link to a Trailer, the ‘official’ version can be seen below [fvplayer src=”https://youtu.be/A0KUWzfugg4″]