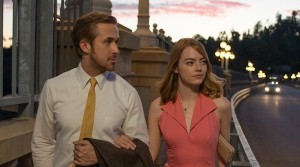 The major film awards are hitting the headlines at this time of year. They give the British and American film industries the chance to reward their leading lights whilst often generating debate and controversy about the nominations and winners – as last year’s OscarsSoWhite protests. Most of the awards include many categories, though the Best Picture or similar award is likely to be the most prestigious.

The Golden Globes, which recognises two Best Motion pictures, took place last weekend. The winners, Moonlight and La La Land will be coming to the David Lean in the spring. The BAFTAS ceremony presented by Stephen Fry on 12 February, features amongst other categories, an Outstanding British Film award for I, Daniel Blake – a film much appreciated by David Lean audiences.

The Academy Awards crown the season on 26 February with nominations announced on 24 January. This year’s ceremony will be the 89th.

Even if you have no interest in the awards, they have a big effect on choices for the David Lean’s programme.

The season starts with premieres for the expected contenders at September film festivals setting up their US releases late in the calendar year. This culminates in huge lobbying campaigns directed at the few thousand Academy members who vote for the Oscar winners. Most contenders for the major Oscar categories are released in the UK between November and February arriving at the David Lean as soon as we can get screening rights. So that’s why so many prestige titles are shown at the same time of year and the pressure on cinema screening slots means that distributors of independent, foreign language and animated films tend to take a break before returning in the spring.

At the David Lean we will, of course, keep programming a few of these hidden gems for you as well as the best of the awards contenders!