Most readers will be able to recall that it was normal practice during the 50’s and 60’s for films in cinemas to be shown on a loop with 15 or 20 minutes of adverts and trailers in between. Audience members would arrive at any time, quite often during the middle of the film, and leave when they finally got to the point where they had come in.
I’m sure that there are few people who have not seen the film but you may not be aware that although a few short trailers for PSYCHO were produced for the film’s release in 1960, there is only one that was approved by Hitchcock himself. “Hitch” insisted that the film had to be seen from beginning to end and this introduced the previously alien concept of turning up to watch a film at a predetermined time.
The approved trailer for PSYCHO is more of a “featurette” (with a running time of 6 mins 38 secs) as Hitchcock takes us on a tour of the set pointing out locations where significant acts occur. He lifts the lid of the toilet and reveals that a clue will be found ‘down there’. PSYCHO is alleged to be the first American film to feature a visible toilet and the first to hear one flushed. He even describes the murder at the top of the stairs and the shower scene. The trailer ends with titles that read, ‘This film must be seen from the beginning or not at all for no-one will be seated after the start of PSYCHO.’
N. Bates 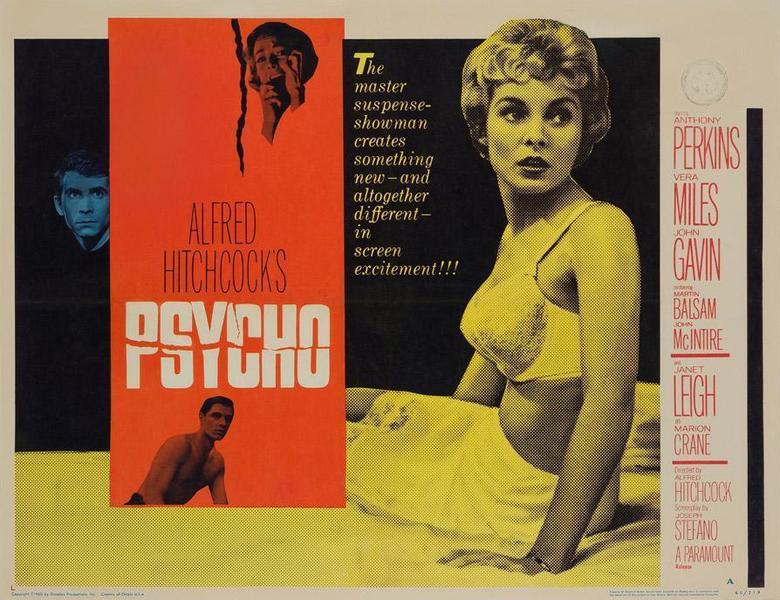