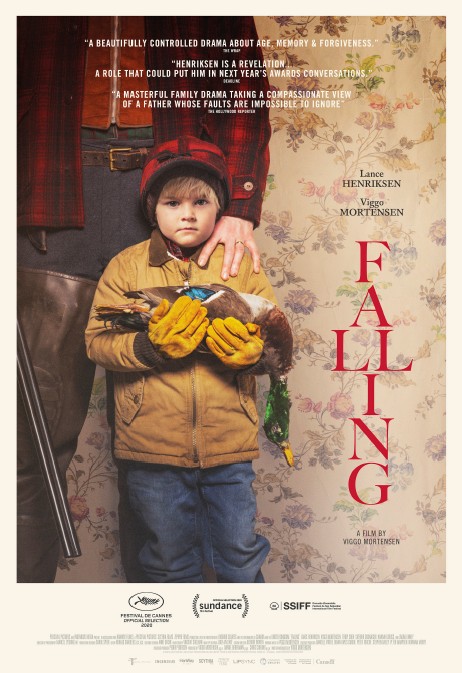 John (Viggo Mortensen) lives with his partner, Eric (Terry Chen), and their daughter, Mónica (Gabby Velis), in California, far from the traditional rural life he left behind years ago. John’s father, Willis (Lance Henriksen), a headstrong man from a bygone era, lives alone on the isolated farm where John grew up. Willis is in the early stages of dementia, making running the farm on his own increasingly difficult, so John brings him to stay at his California home so that he and his sister Sarah (Linney) might help him find a place near them to relocate to. Unfortunately, their best intentions ultimately run up against Willis’s adamant refusal to change his way of life in the slightest.
During his stay at John’s California home, tension builds between Willis and the rest of the family. Willis’s abrasive nature, by turns caustic and occasionally funny, is aggravated by his memory loss, bringing past and present into conflict and causing old wounds and years of mutual mistrust between father and sone rise to the surface.

The David Lean Cinema shares a proportion of the ticket price with the distributor when purchased through the link on this page or click here.
Available to watch for 48 hours after purchase.
Distributor: Modern Films – no account required.