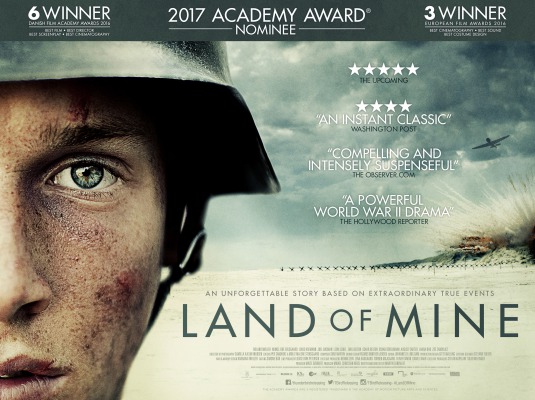 At the end of the Second World War, Denmark’s coastline was strewn with land-mines.

A German prisoner of war unit, many of them raw recruits, are promised their freedom if they can clear a dangerous sector of beach. As the perilous task progresses, the antagonistic relationship between the POWs and their captors begins to thaw.

This powerful drama was nominated for the Best Foreign Language Academy Award.

Plus a BRIT School Showcase film, screened in partnership with the School’s Film & Media Production department.

For October we are showing Cycliste De Reve (4 mins), directed by Caleb Pithers-Gregory. This story of a boy’s efforts to gain a new bicycle recently won the School’s Best Year 12 Short Film award.
A different film will be shown at selected screenings each month.