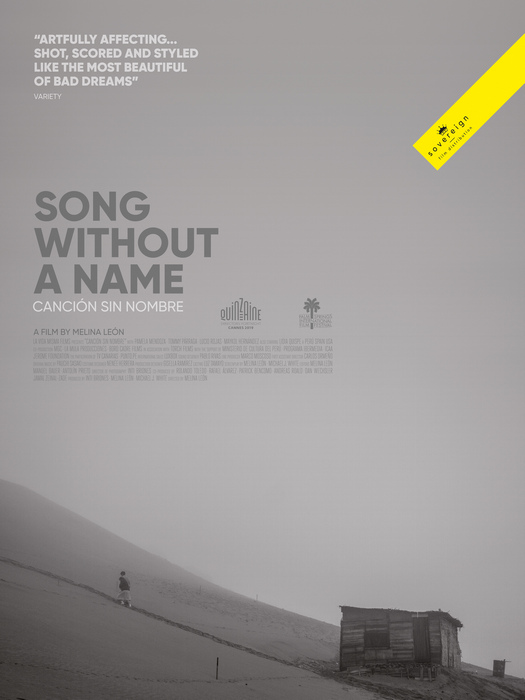 Peru in 1988. The country is in the grip of a devastating political crisis. Georgina, a young woman from the Andes, has her newborn daughter stolen, after giving birth at a fake health clinic. The desperate search for her baby leads her to Pedro, a young and tenacious investigative journalist
who will stop at nothing to get to the truth. Based on a true story.

Song Without a Name, nominated for the prestigious Golden Camera at last year’s Cannes Film Festival, is a bruisingly evocative and almost unbearably moving first feature film from León. Evocatively filmed in stark black and white, it features a poignant performance from newcomer Pamela Mendoza as the beleaguered mother, with Tommy Párraga beautifully measured as the journalist hitting endless Kafkaesque
dead ends, as he burrows into the corruption and strife of a country in turmoil. Spanish with English subtitles.

Peru’s Selection for the International Feature Film Award at the 2021 Academy Awards
“This is a gripping story that in a Hollywood film would be wrapped up neatly and upliftingly. It’s a tough watch but it has tragic force”. Peter Bradshaw in The Guardian.