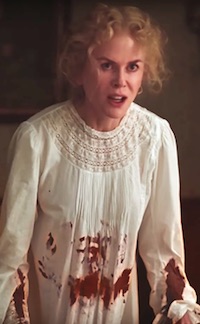 But when they take in a wounded enemy soldier (Farrell), providing refuge and tending to his wounds an air of sexual tension builds and dangerous rivalries ensue after an unexpected turn of events.

Here is a link to the Review by The Guardian , which places the 2017 film alongside the 1966 novel and the 1971 Don Siegel / Clint Eastwood take on the tale.

There is a link to Trailer in that review, while another version can be seen below [fvplayer src=”https://youtu.be/iBoLK5z_FHo”]