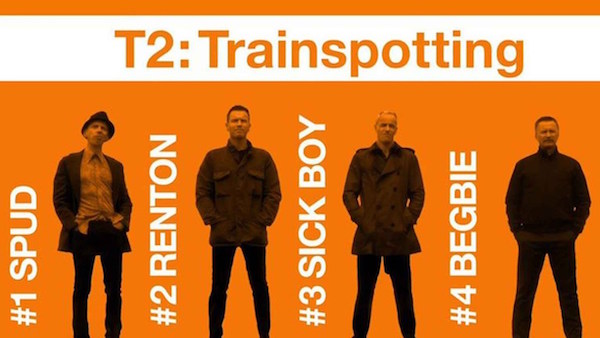 After 20 years away, Mark Renton (McGregor) returns to Edinburgh, the only place he can ever call home, in retreat from a mid-life crisis.  But the past will soon catch up with him in the form of Begbie (Carlyle), out of prison and still set on revenge after the heist-gone-badly that capped the original film. 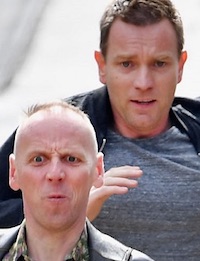 As well as running into Begbie, Renton soon finds (or is found by) Spud and Sick Boy, bringing  the four central characters from the 1996 “Trainspotting” together again. (The wonder, given their earlier recreational pursuits, is that all four of them are still walking the face of the earth.) 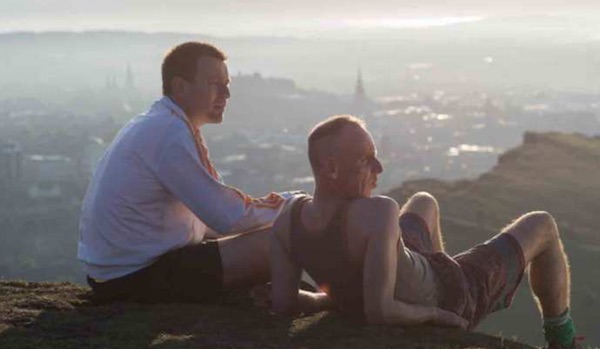 While acknowledging the disappointments and disillusionment of middle age, it is also “a wildly invigorating and enjoyable film” (The Independent) with a screenplay and soundtrack that match up to past glories.

Hey-ho, yet another Mark Kermode ‘film of the week’ brought to you at the David Lean Cinema.  Here is his Review from The Guardian (Observer, actually).  Had planned a link to a news item on a fight that broke out in the audience at a screening of “T2: Trainspotting” but the newspaper reporting this on-line required clickers either to join their paid service or turn off their ad-blocker (you are all using ad-blockers, aren’t you?).  But interesting to note that this incident was not in Scotland (which, while only accounting for 10% of the UK population provided 25% of first week cinema admissions) but in leafy Dorchester!

The Guardian review includes a link to the Trailer, which can be seen below (warning – The Guardian notes that this trailer contains images of nudity and drug use) [fvplayer src=”https://youtu.be/EsozpEE543w”]