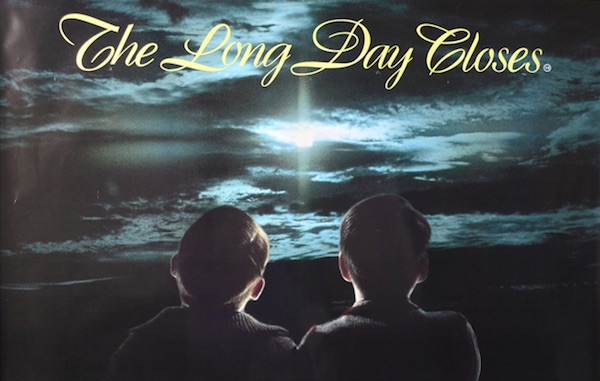 A Campaign presentation in association with the

(this year we are going to them)

In rainy, 1950s Liverpool, where Davies (Sunset Song, A Quiet Passion) grew up, eleven-year-old Bud (McCormack) is the youngest child of a working-class Catholic family.

Bud’s father died some years earlier, as Davies’ own dad did, but his mother (Yates) and older siblings remain strong, loving influences in his life.

Fond memories — of a night-time trip to the fair, of group sing-alongs on winter evenings — alternate with painful recollections of loneliness and bullying.

The original release (and the critic’s Reviews) pre-date the internet, so here is a link to a (2014) A.V. Club article revisiting the film when it was brought out on DVD.

A Trailer for the film can be seen here:

A short support programme will accompany ‘The Long Day Closes’, including The Frog, the Dog, and the Devil (1986, New Zealand, 7 mins).

Directed by Bob Stenhouse, this stylish and innovative animated film is set in 1902 and tells the story of a New Zealand pioneer too fond of alcohol. It was nominated for the Best Animated Short Academy Award, while the animation festival in Annecy, France later judged it one of the best animated films of the century!

Tickets (£5) will be available in advance as usual, and on the door if there is spare capacity, with unreserved seating.