Our Screen 2 (Watch at Home) streaming service can be found here.

Please read our new ticket buying guidelines and changes in the way we work here – opens in new tab
The Town Hall Complex remains subject to mandatory Covid safety measures when entering and moving around the building. See here.

WE ARE AWARE OF A PROBLEM WITH OUR PAYMENT GATEWAY AT THE MOMENT WHICH PREVENTS MULTIPLE PURCHASES OF DIFFERENT FILMS IN ONE TRANSACTION. APOLOGIES FOR ANY INCONVENIENCE.

Chloé Zhao’s Oscar-winning film stars Frances McDormand as a widow in her sixties, who embarks on a journey through the American West, living as a van-dwelling nomad. 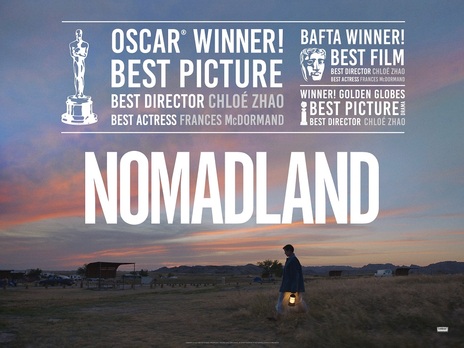 Fern’s world has been destroyed by the 2008 recession ̶ the closing of the factory of her hometown of Empire has led to the demise of the town itself. Now a widow, she decides to join similar baby-boomers who tour rural America in mobile homes, chasing down seasonal work. Based on a nonfiction book and featuring many real ‘nomads’ playing fictional versions of themselves, this was the big winner at the 2020 Oscars gaining Best Picture, Best Leading Actress for McDormand and Best Director for Zhao.
Book via button links below – opens in new tab.

A documentary about the legendary 1969 Harlem Cultural Festival which celebrated African American music and culture, featuring performances by Sly and the Family Stone, Nina Simone, B.B. King, Stevie Wonder and many more. 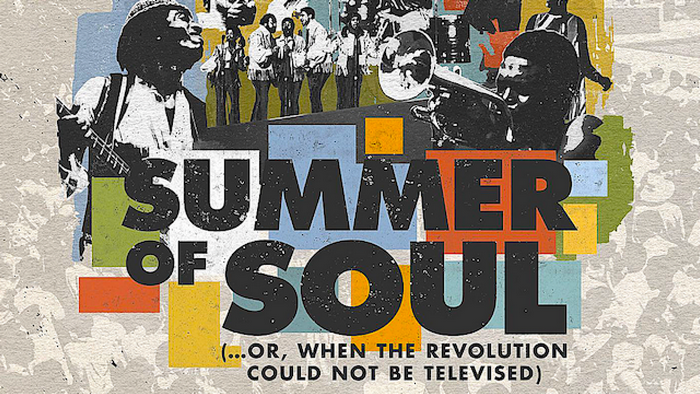 Taking place at the same time as the Woodstock festival, the 1969 Harlem Cultural Festival was also filmed, but with no Hollywood backing the tapes languished in storage. They now form the basis of this documentary, subtitled ‘When the Revolution Could Not Be Televised’, which mixes historical perspectives with musical performances by Sly and the Family Stone, Nina Simone, B.B. King, Stevie Wonder, The Staples Singers, Mahalia Jackson, Gladys Knight and the Pips, Hugh Masekela and many more.
Book via button links below – opens in new tab. 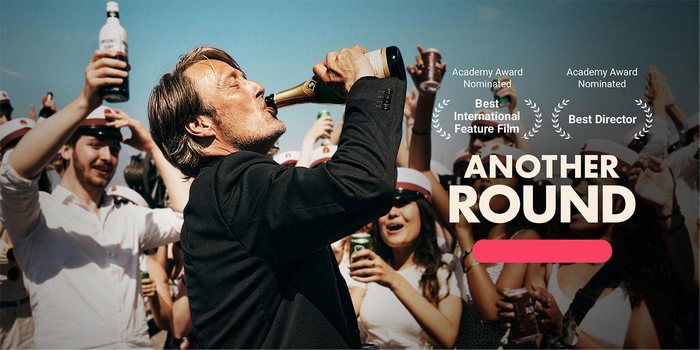 Martin (Mads Mikkelsen) and his three fellow teachers are bored with their ‘glass half empty’ lives. Spurred on by a theory that the body has an alcohol deficiency, they formulate an experiment to see if daytime drinking will improve their wellbeing. Inevitably, the initial feelings of euphoria give way to self-destruction. Winner of the Best International Feature Film Oscar, director Thomas Vinterberg gives us “a brilliantly ambiguous affair, woozy but precise, profound yet playful… ultimately raising a toast to the redemptive power of cinema” (The Guardian – opens in new tab).
Book via button links below – opens in new tab.

Timothy Spall is Tom, a pensioner who travels from John O’Groats to Land’s End using his free bus pass. 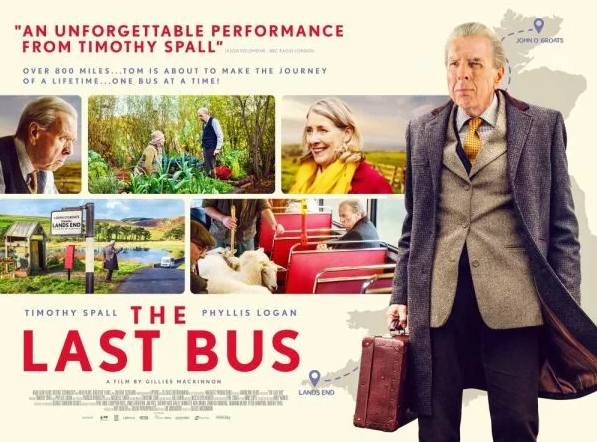 Timothy Spall plays Tom, a retired engineer living in John o’Groats. He and his wife Mary (Phyllis Logan) began their married life living in Land’s End, but a tragedy made them move as far from there as is possible. Mary has died, and Tom decides to take her ashes back to their first home, making the journey using his free bus pass. The trip is punctuated by encounters with all kinds of kind-hearted strangers, and eventually his story is placed on social media and goes viral. A definite feel-good movie.
Book via button links below – opens in new tab.

In 1968, petty criminal William O’Neal (LaKeith Stanfield) is offered a plea deal by the FBI, if he infiltrates the Illinois chapter of the Black Panther Party to gather intelligence on Chairman Fred Hampton (Oscar winner Daniel Kaluuya). 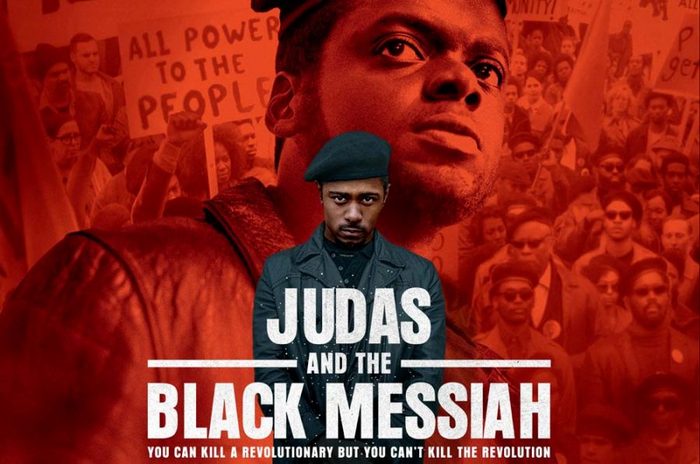 1968. Petty criminal William O’Neal (LaKeith Stanfield) has been caught stealing an expensive car. An FBI agent (Jessie Plemons) offers to make sure he avoids prison if he agrees to infiltrate the Illinois chapter of the Black Panther Party and gather intelligence on their leader Fred Hampton (Oscar winner Kaluuya). As his deception succeeds and he rises through the ranks, O’Neal becomes conflicted as he warms to Hampton’s political beliefs. “Judas and the Black Messiah does a great job balancing probing political investigation with a more personal story of comradeship, betrayal, and ultimately, crushing guilt” (Time Out – opens in new link).
Book via button links below – opens in new tab.

In this double Oscar winning drama, Riz Ahmed plays a musician who has to face the fact that his hearing is rapidly deteriorating. 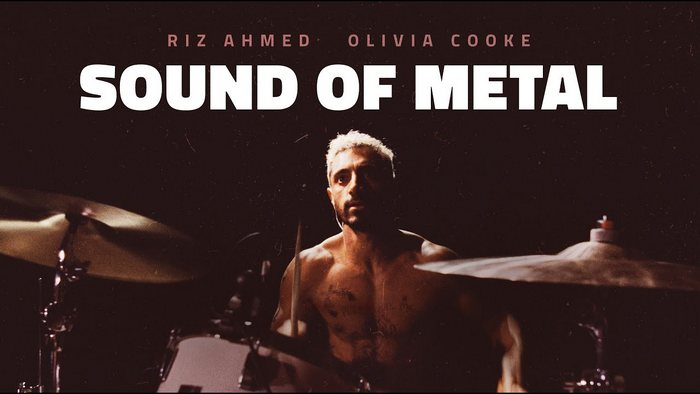 Riz Ahmed is drummer Ruben Stone, who performs in a two-piece band with his partner, singer-guitarist Lou (Olivier Cooke). Ruben is wrapped up in his music until his hearing suddenly fails. Persuaded to join a group of deaf people run by the charismatic Joe, can Ruben come to terms with his new soundless state? The deaf group have heated debates in American Sign Language, and this double Oscar-winning film is presented with captions throughout, so that deaf and hearing audiences can experience it together.
Book via button links below – opens in new tab.

A Russian-speaking immigrant from the East working as a masseur, becomes a guru-like figure in a wealthy gated community in Poland.
Polish with English subtitles. 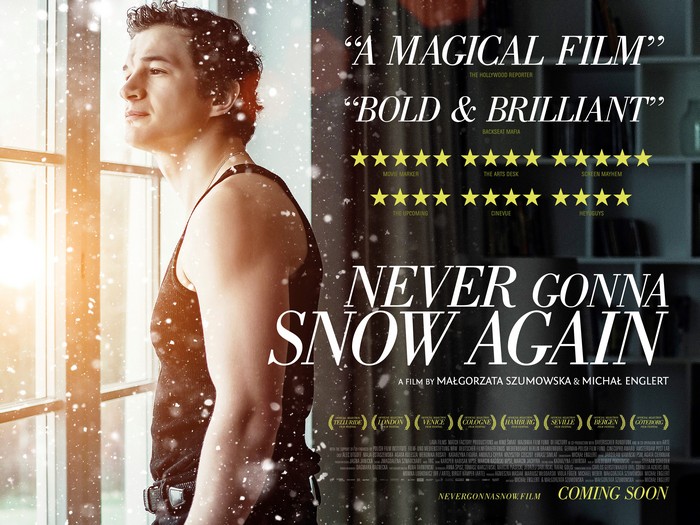 A mysterious Russian arrives in a wealthy Polish gated community where his skills at massage and hypnotism soon have the residents lining up for treatment. But where do these mystical abilities come from. We learn that he has come from Chernobyl – are his powers the result of the nuclear accident? And is he really curing his patients – or is he just making them feel less bad about themselves. This beautifully filmed and acted story will keep you guessing. “A hypnotically magical fable, a beguiling satire of atomised middle class life” (Sight & Sound – opens in new tab).
Book via button links below – opens in new tab.

In Edgar Wright’s new thriller, Eloise, an aspiring fashion designer, is mysteriously able to enter the 1960s where she encounters a dazzling wannabe singer, Sandie. 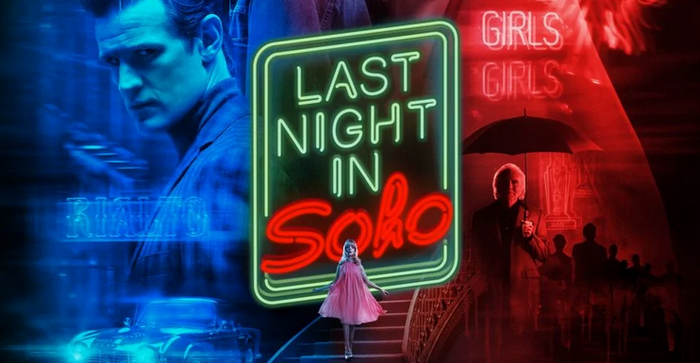 In his new film, the Shaun of the Dead director gives his take on time-travel and shows that the glamour of the past hides some awful truths. A fashion student obsessed by Sixties culture moves to London, and begins to experience hallucinations of the capital in its swinging past, centred around an aspiring singer called Sandy. Her dreams turn to nightmares when Sandy’s career is taken over by manager Jack.  The period is lovingly recreated in locations and soundtrack, and 60s icons such as Terence Stamp, Rita Tushingham and Diana Rigg (in her last film) feature in the cast.
Book via button links below – opens in new tab.

Wes Anderson’s latest film stars many of his regulars in ‘a love letter to journalists’ set in a fictional French city. 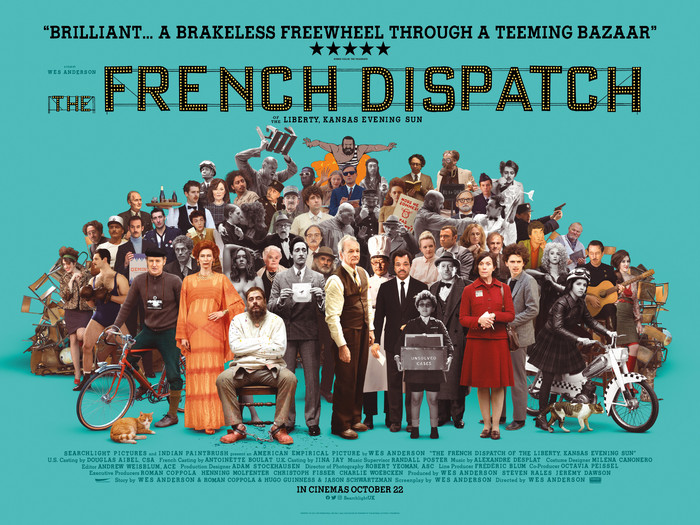 Wes Anderson’s ‘love letter to journalists’ gives us five articles from the eponymous newspaper, including the obituary of the editor and a piece by its travel writer (played by Anderson regulars Bill Murray and Owen Wilson respectively). The three other ‘articles’ cover a convicted murder turned artist, who gets his female jailer to pose naked for him, a student revolutionary and a gay, black food critic’s story of the police chief with the vital task of providing the police with special food. All done with Anderson’s usual wit and visual flair.