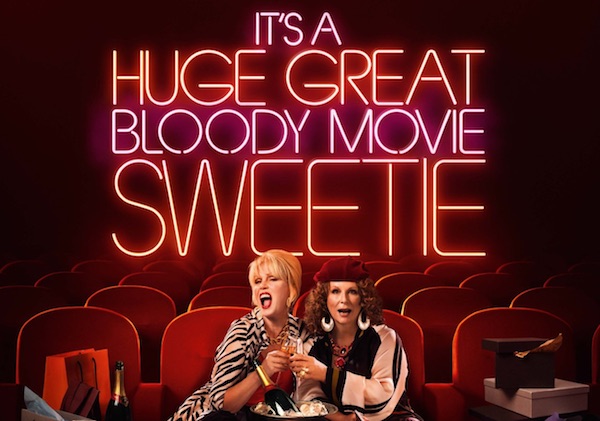 Blamed for the “death” of a top fashion icon, the pair are forced to flee to the French Riviera, pursued by daughter Saffy, the police and the world’s press. 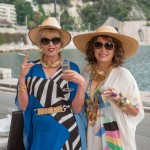 Jennifer Saunders and Joanna Lumley reprise the characters they made famous in five BBC series, joined by the familiar array of comedy players – June Whitfield, Rebel Wilson, Joan Collins, Celia Imrie, Dawn French, Kathy Burke… shall we go on? – along with famous celebrities past and present – Jon Hamm and Judith Chalmers, anybody?

The UK press has been, shall we say ‘lukewarm’ about the film – see this Telegraph ‘review of reviews’.

But audiences seem to LOVE it:

Biggest British film of the year

“You must see this film, sweetie darling!!” (Edina Monsoon).

The official UK Trailer is below