Lenny Abrahamson follows the award-winning Room with this well-crafted adaptation of Sarah Waters’ modern gothic novel. In 1947, Doctor Faraday begins to minister to the Ayres family, who are finding it difficult to live at Hundred Hall, their stately home which Faraday remembers from his childhood, but which is now run-down and subject to supernatural disturbances. A subtle mystery, exposing the social upheaval of post-war Britain, well-acted by the cast, especially Ruth Wilson. 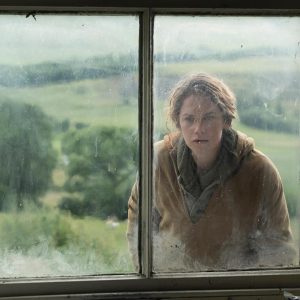 Loosely based on Rose Tremain’s novel Trespass, Barnard’s film follows Alice, a professional sheep shearer, who returns to the family farm after her father’s death. Alice is haunted by the darkness of her teenage years, and is forced to fight with her brother, who has let the farm fall into debt. 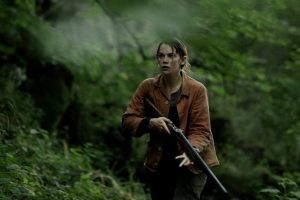 The run-down farm and bleak Yorkshire countryside are well captured, and Wilson gives a powerful performance as a young woman ground down by the injustices of her past life and present situation.

[fvplayer src=”https://youtu.be/jFC7uCTwfJA”]
Plus a BRIT School Showcase film, screened in partnership with the School’s Film & Media Production department. For this film we are showing A Bright Girl She Was (3.23 min), directed by Nancy-Belle Hannah-Griffiths.