Martin Eden (Luca Marinelli), comes from Naples’ working class, but his fate is changed forever when he defends a young boy from a beating by a security guard on the docks. The boy repays him for his kindness by inviting him into his bourgeois home, and it is there that Martin meets Elena (Jessica Cressy), the daughter of an upper-crust industrial family. It is love at first sight for Eden, seduced by her education and refinement. Martin’s dream of becoming an accomplished writer is now something he hopes will elevate him to the family’s social standing and marriage with Elena. He proves himself quickly as an autodidact, but grapples with politics under the influence of a left-wing journalist, Russ Brissenden (Carlo Cecchi), who guides him deeper into socialist circles. It results not only in a political reawakening, but also to a split with Elena and her elite world.
However, his eventual success as a writer leads him into new problems.
Italian with English subtitles.

The David Lean Cinema receives a share of the ticket price when purchased via links on this page.

Martin Eden is a sad story of a sad man who lacks the capacity for happiness and who is astonished to find that artistic success is as compromised as any other kind. But there is a kind of thrill in tracing his progress from rags to riches to annihilation. Peter Bradshaw in The Guardian 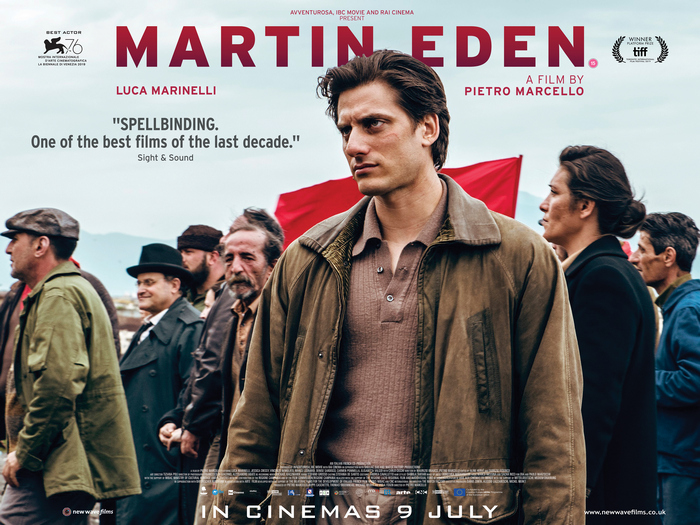